Lower Back Pain: Rip and Inversion

I’ve been getting lower back pain over the last year, on and off, from bad deadlift form, bad posture, and probably other factors.

Rip has some advice on lower back pain for people over 40 or so:

The gist of it is this: Wiggling your spine around, whether by any kind of situps/crunches or by back extensions, is no longer as good an idea as when you were young. Your lower back and abs get all the work they need from the isometric contraction of heavy squats and deadlifts. It’s about stabilizing the spine, not wiggling it around.

That basic point rings true for me. I did landmine twists and twisting sit-ups to try to loosen my spine a bit, and they didn’t help my back pain one bit.

I hung on a friend’s Teeter inversion table, which I had a previous model of years ago, for a mere two minutes or so. Instant relief. The pain came back in a couple days.

To experiment, I bought some cheap-ass gravity boots on Amazon (I refuse to give them juice by linking to them) with great reviews. Hey, steel construction! They must be okay!

I’ve got to stop getting suckered by that nonsense. Here’s what I know: Amazon reviews are bought. Companies give out free products, or whatever it takes, to build up a large pile of positive reviews to get into the top category or search results on Amazon. I’ve bought too many 4.5+ star crap products on Amazon. These aren’t people honestly getting a hold of the product and thinking they got a great deal. Reality has to set in pretty quick and lead to a lot of 1-star reviews, if it were legit.

Anyway, I tried out those boots. I don’t have a rack with a pull up bar right now to mount them to. I’m using the Titan X-3 Short Squat Stand (good timing – Titan has a 12% off sale on it right now), and I use ceiling mounted gymnastics rings for pull ups. I set my rack’s J-cups to the highest position, set my barbell on them, and hung by that. I’m 6ft tall and my head touched the floor, but whatever. The boots stayed in place on my lower legs for maybe a minute before they were about to slide off, being the pieces of junk they are.

Even with that brief hang, I felt the difference. I could squat the next day without lower back pain. I’m buying either a better set of gravity boots (the Teeter boots are good; I’ve used them before) or most likely avoid the awkward and somewhat dangerous inversion boots hang by getting another Teeter inversion table, which I guess I never should have gotten rid of.

People keep asking for recommendations for a sturdy-feeling and reasonably priced flat utility bench. I need to rewrite my old article on flat benches. In the meantime, here are my quick thoughts.

First, you are right to get a flat bench instead of an adjustable bench.

Look at the Rep FB-4000 Comp Lite Bench for $115. Everything about it is just right for my tastes, and it’s reasonably priced. 17″ tall, firm padding, but just as important, benches like this that are designed heavy duty enough have a single foot in front instead of a splayed-out frame like the rear portion, so it doesn’t get in the way of your own foot placement.

The Best All-Purpose Athletic Shoes if You’re Like Me

For gym workouts, I use no shoes. Just my socks, maybe. One of the benefits of working out at home.

I wanted an all-purpose shoe for running, hiking, and daily use.

After lots of trial and error, I stumbled on Merrell’s Trail Glove 4 and loved it the instant I tried it on.

I have worn mine daily. Here’s how the tread looks after 14 months.

Mind you, I don’t do a lot of running, and much of my running is on the beach barefoot. After 14 months of daily use walking, some trail running on rocks and pavement, and other miscellaneous use, the tread is wearing down on the edges, making them in reasonable need of replacement.

The insole fabric is also wearing down. Nothing I can feel yet. I wasn’t even planning on replacing them until I noticed the tread wear. Most of the tread is still there.

So I’m getting another pair of the same. This is my go-to shoe for now.

However, I’m going to run into a problem. These are discontinued in favor of the Trail Glove 5, which I’m told Merrell has ruined with an arch support. Argh! Should I stock up on more pairs of version 4 while I still can?

I saw this announcement, and at first I was like, “Why? We don’t need magnetic collars. Collars stay on the bar fine.”

Then I saw the pic. OH DUH! Dangit, why did nobody else think of this until now?

Collars end up getting thrown on the floor, for lack of anywhere to set them when you’re loading plates.

These would actually make a good gift. The average lifter would have no idea these exist. 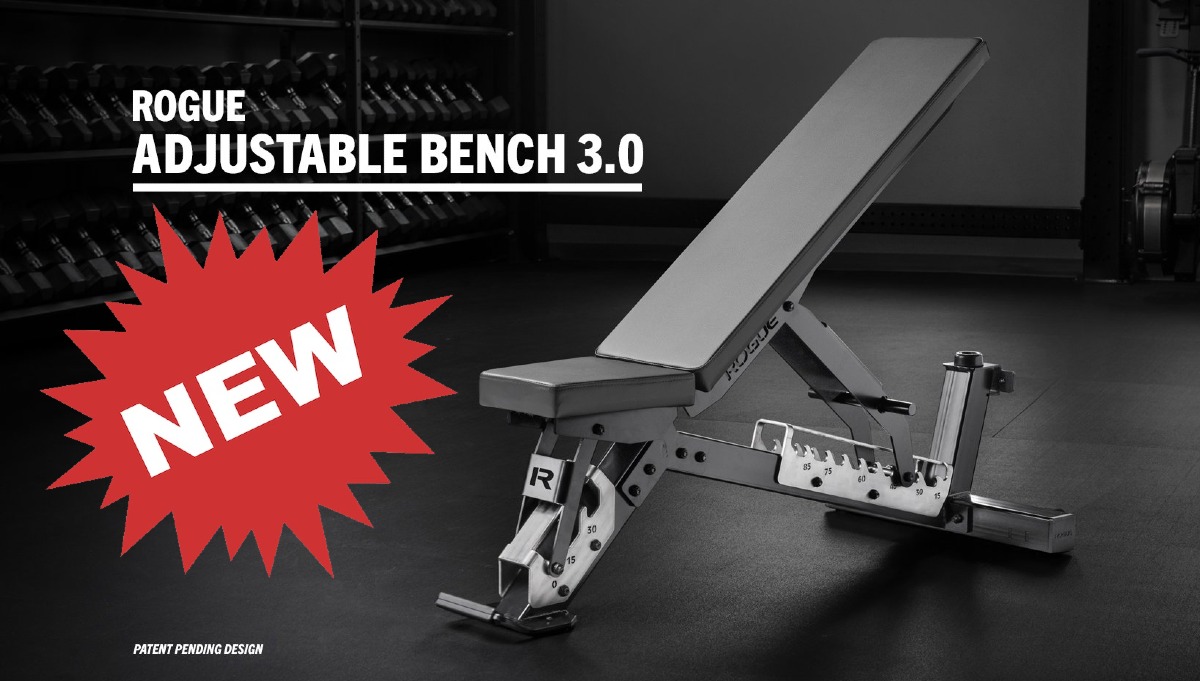 David founded Adamant Barbell in 2007 and Two Rep Cave in 2018. Depending on his mood, he's into weight training, running, bodyweight exercises, and hitting the heavy bag.
Subscribe
2 Comments
Inline Feedbacks
View all comments

I think I might have tried those too! They probably fit just as well as the Trail Gloves. I needed something with a little cushion when doing hard landings.