Adam at FringeSport asked me, “Would you be interested in reviewing our Immortal Wall Ball?”

Your what? Another model of wall ball? I don’t know. It’s just a wall ball, right?

But… I had a good feeling about it. What the heck, maybe it’s worth checking out.

Ryan Crawley had just finished putting together his dream home gym this year with a complete freeweight setup of dumbbells and barbells, plus cardio machines… but lacking in conditioning equipment.

“I have actually been thinking about getting a medicine ball to toss around,” said Ryan.

Perfect! It’s all yours.

Then I looked at the video on Fringe’s site where Peter drops it at cruising altitude out of an airplane onto a runway. That would be why it’s called immortal. Ok, clearly this ball is something else. Not the typical wall ball that busts apart at the seams.

This med ball is on another level. Fringe figured out a design for the rubber shell, texture, padding, and core that makes this thing usable for literally every med ball exercise, when until now you would have needed a wall ball, a slam ball, and a traditional bouncy rubber med ball.

As you can see in the video, it is a little bouncier than a regular med ball.

It’s tough, like, I don’t know, kevlar tough? I like kevlar. Kevlar is strong. So is this. It’s a good sign when slams from an airplane – or if you lack an airplane, from overhead – are not going to break it.

I had a slam ball once that worked fine, with a sweet dead-cat-bounce, but the grip was lousy, especially when I began slamming it on wet grass. This one stays safely grippable when wet, as you can see Peter demonstrating here:

(this may take a moment to load… darn animated GIFs)

The Bounce – Good or Bad?

Or so I used to think.

Fringe seems to have found a point at which the ball bounces enough for whatever you want to do, but not too much for slams. If you manage to rebound it into your face with a nice slam, this ball is forgiving enough that you can laugh it off and not look like you just got in a good fight.

Anyway, I hope you got a good feel for this ball from Ryan’s video. If you’re thinking of getting a new medicine ball of any type, you should consider this one as a versatile ball you can use for just about anything. 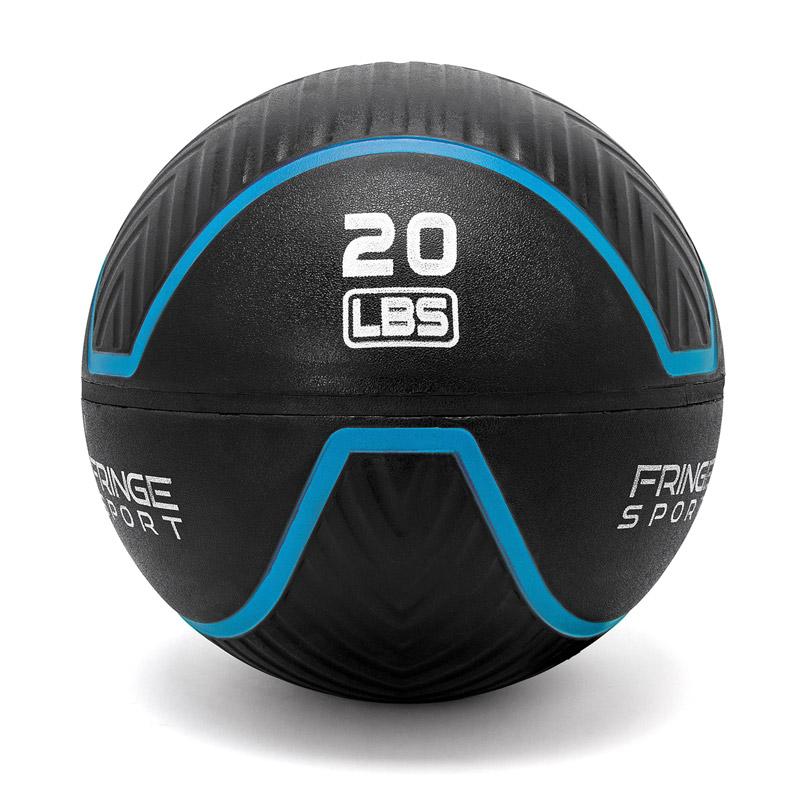