What are Olympic Weight Plates Made Of? 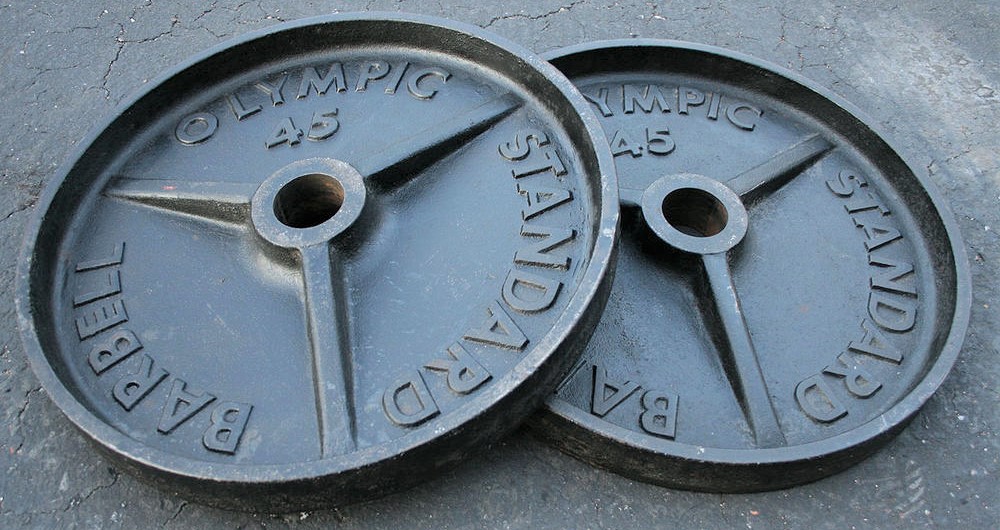 Most weight plates are made of cast iron.

Cast iron is shaped by pouring molten iron into a sand mold to shape it, and letting it cool to harden. The type of iron used is referred to as cast iron, formulated specifically for this purpose because of its low melting point, ie: you don’t need to heat it as much as other iron alloys to turn it into liquid.

The plates are then painted, and preferably the paint is baked on in an oven. This hardens the surface, protecting against scratching and chipping. 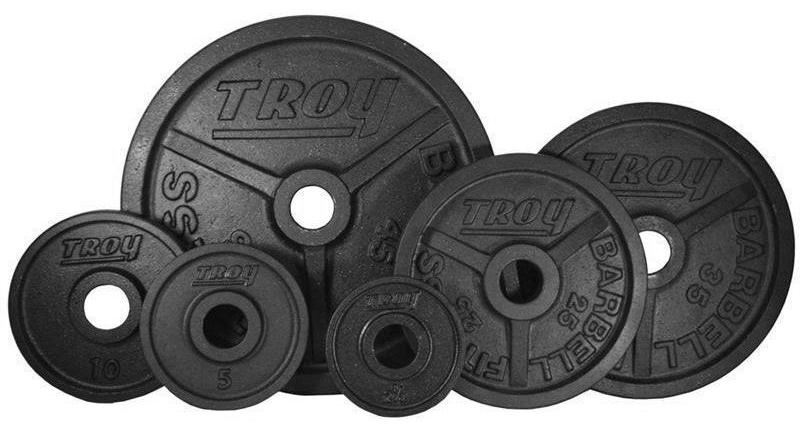 Milled, or machined, weight plates are first made via the cast iron method as above, but a little larger than the required dimensions.

The second step for milled plates is when a machine grinds them down on the edges and faces, bringing the dimensions and weight into spec.

Molds have to remade after a certain number of castings are done, leading to inconsistencies between runs. The milling process helps ensure you get the same size and shape plate despite inconsistencies in the mold.

Milling also has the benefit of removing imperfections on the surface of the weight plate, smoothing them out, including grinding away the the inevitable  seams sticking out on cast-iron molds. Without milling, you will always see seams on cast-iron products, because the top half of the mold has to close over the bottom to contain the molten iron and allow the plates to be removed once solidified.

With this process, milled plates can be reasonably guaranteed to be within 2% of the marked weight, plus or minus. Most are well within 1%, but manufacturers generally guarantee within 2% so that the overwhelming majority of plates will fall within it and they don’t incur replacement costs for plates out of spec.

How Bumper Plates are Made

Bumpers are solid rubber plates with an iron hub in the center to shape and protect the center hole. They are made for dropping from as high as overhead, for the clean-and-jark and snatch, the two olympic lifts done at at weightlifting competitions, the Olympic Games and Crossfit Games.

First, the virgin rubber is processed to a smooth texture and cut into discs a little larger than the bumpers. The rubber is placed into a mold that includes the steel hub. A machine heats and compresses the rubber disc into the exact dimensions specified. It’s as simple as that!

From there, the only step is to cool and inspect the bumper.

Some manufacturers use an anchoring system for the hub rather than merely pressing the rubber around it, preventing the hub from loosening from use. 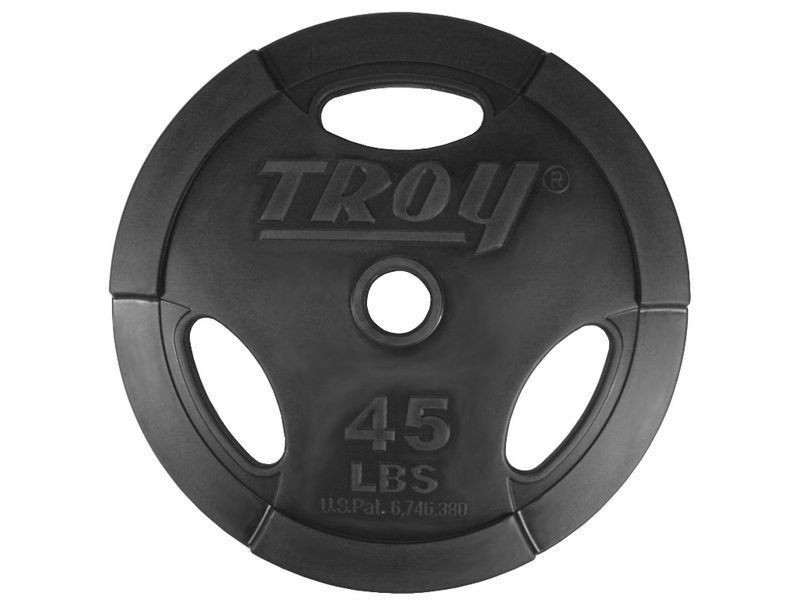 These are made with cast iron, the same as regular iron plates. Instead of finished with a baked-on paint finish, they have a rubber or urethane coating. Rubber coatings tend to be thin, while urethane is more expensive and might be a very thick encasing rather than a thin coating.

These aren’t to be confused with bumper plates (further above), which are mostly rubber and not just rubber coated. Even thickly encased urethane plates should not be dropped like bumper plates, or you may damage the plate, barbell, or floor.

Sometimes iron plates are referred to as steel plates, but this is usually incorrect terminology used by people who don’t know better. Actual steel plates are extremely expensive, meant only for IPF (International Powerlifting Federation) competitions where very tight weight tolerances of 10 grams are necessary for fairness between competitors and across each local meet. You can’t have lifters are one meet breaking IPF records because their plates are a few pounds lighter.

Unlike cast-iron plates, these are normally painted for color coding in kg. The cost of coloring is negligible compared to the steel fabrication costs of making a disc perfectly accurate in size and weight.

IPF and other competitions almost always are done with the weights measured in kg for international consistency, but Rogue Fitness also has steel discs in pounds for the casual lifter who works in pounds and has a lot of money to spend. As steel discs go, both Rogue’s models in KG and LBS are a really good deal.

Anything else you wanted to know about how weight plates are made? Leave a comment below!

David founded Adamant Barbell in 2007 and Two Rep Cave in 2018. Depending on his mood, he's into weight training, running, bodyweight exercises, and hitting the heavy bag.
Subscribe
0 Comments
Inline Feedbacks
View all comments